As our data collection tools and marketing technology platforms become increasingly integrated, we have better options for reporting, analysis, targeting, and optimization directly within the platforms themselves. For example, I can publish audiences directly from Google Analytics 360 (GA360) to Display & Video 360 (D&V 360) or Google Ads. I can see the impression and click data from Campaign Manager (CM) and D&V 360 directly in my Google Analytics 360 reporting. All of these integration benefits aside, there are times when it is better to get down to the raw data to build your own queries and analysis using your ETL and data visualization tools.

In this post, we cover how you can extract and access reporting data from two Google Marketing Platform products: Campaign Manager and Display & Video 360. Depending on how you source this data, you can access different levels of data granularity and detail needed for different analysis and activation needs:

We have written about the direct integration capabilities between Campaign Manager and Display & Video 360 and Google Analytics 360 in past blog posts. You can read more about the various Campaign Manager data available within GA360 here: Evaluating Doubleclick DCM Campaign Performance in GA 360.

If you want to report on Campaign Manager performance with performance metrics aggregated by standard CM dimensions, such as campaign, placement, and site, the in-interface reporting may be adequate to your needs. You get the added benefit of seeing Campaign Manager data paired with GA360 behavioral data, such as on-site user interactions and key engagement metrics.

Similarly, for Display & Video 360, when you want Insertion Order and Line Item aggregation with key performance and behavioral metrics, the reporting available in GA360 is powerful.

The primary drawback of the GA360 integration data is when you want to do deeper analysis or ad hoc aggregation with higher levels of granularity. For example, you won’t be able to do a user-level impression and click analysis within GA360. That presents a use case for Data Transfer Files if you are not already using this data.

If you get excited about rows and columns, Data Transfer Files are for you. In all seriousness, when we discuss DTF we are truly talking about raw, log-level data for your Campaign Manager and Display & Video 360 trafficked campaigns. This data typically comes with a nominal setup and ongoing cost from your CM/D&V 360 license partner. You work directly with your license provider to sign an agreement, and they help set up and activate your Data Transfer File service.

Once created, these files are automatically sent to a designated Google Cloud Storage bucket. You can work with a partner, such as E-Nor to set up a data source in BigQuery using the data transfer service. At that point, your DTF data is available as a usable data source directly in your BigQuery project.

Some of the big advantages of setting up and configuring Data Transfer Files is having this raw data source for impressions, clicks, rich media interactions, and floodlight activities. Depending on geography, you also gain access to an important join key: DoubleClick User ID. When DoubleClick User ID: this ID is always fully encrypted within your directly accessible data transfer files data, and it is used in its unencrypted form within the Ads Data Hub context, where it can be used as a join key between data sourced but is not available as a reportable dimension.

The best reasons to activate and invest in the additional costs associated with Data Transfer Files are the following:

Perhaps you do not need the granularity that Data Transfer Files affords but would like easy access to the standard (and extensive) set of processed reporting dimensions and metrics from Campaign Manager reporting but in within your own data warehouse. With a few key steps, you can use the Campaign Manager API to pull this data into you rother applications or data stores.

Setting up your API connection:

The API is a great option for pulling CM and D&V 360 campaign data into your existing data infrastructure when you do not need the granularity of Data Transfer File reports.

Other Ways to Access Your Campaign Manager and D&V 360 Data:

This article is primarily about extracting data from Google Campaign Manager and D&V 360. However, there are several ways to access powerful reports with no ETL of any kind needed on your part:

We would never discourage you from extracting and leveraging your CM and D&V 360 data for the most sophisticated analysis possible. However, we also want to remind you that you can often access the data you need in some direct and straightforward ways that take advantage of data connectors and integration. Don’t skip to a complicated solution when a simpler solution might suffice for your immediate needs. 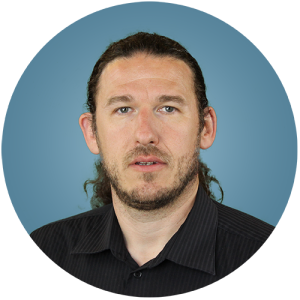