Earlier this week I attended the XChange web analytics conference held by Semphonic and Web Analytics Demystified in San Francisco. Congrats to Gary Angel, his team, and Eric Peterson on such a great conference and creating an environment of knowledge sharing. Attendees included web analytics practitioners, vendors, researchers and consultants.

The main reason I decided to attend the conference was to engage in conversations with practitioners, listen to their success stories, and and as importantly hear the issues they are facing – whether it is technology related (analytics solution/implementation), measurement process, or the brains behind all of the above, people: the analysts and specialists that make it all happen.

The sessions (or huddles as they were called) that I attended were:

The part that I really enjoyed was networking. Plenty of opportunities to network, have one-on-one sessions and engage some of the industry’s brightest minds.

What is the observation? It was really interesting to hear that:

I don’t intend on doing a feature-by-feature comparison of Google Analytics and other web analytics solutions. Yes, it is a known fact that Google Analytics doesn’t have features that other tools have. A lot has been published already on the subject so I won’t go into details.

My issue is the way some solution providers, consultants, and researchers try to portray Google Analytics as tool for the beginners, as the starting point, and as something that you can tinker with then graduate to something more powerful. I think this is the wrong advice and it is very misleading.

I’ll give you an example. During the analytics conference, I spoke with a very smart individual who happens to be the newly hired web analyst for his organization.  In fact, he is the first ever web analyst within this organization. What I later learned is that his company has some one hundred websites with a huge amount of traffic, and for years now they have been paying a premium for their web analytics tool, year in and year out. But when it came to analysis/insights/people/process, no efforts have been taken. When CEO, CFOs, CMOs, Directors of Analytics keep hearing that you should spend your dollars of the high end tool, that is exactly what they seem to be doing: spending their budgets on the tool.

This is really disturbing and it won’t serve the long term interest of any party involved. Wouldn’t this organization be served better if their resources went to bring in analytics talent instead? As an industry, wouldn’t it be better off if our clients have more success with analytics (more success stories for all of us) instead of complaining about the fees they pay and the lack of results? 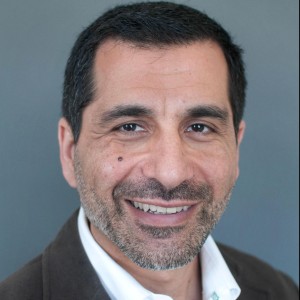 President & Co-Founder “Work Hard. Play Hard.” This personal motto sums it up for Feras. When he’s not consulting and spearheading E-Nor’s growth, you’ll find Feras speaking at a conference, writing an article, or learning a new tool or helpful tip. Outside of work (yes, Feras eventually learned to unplug), he enjoys volunteering, listening to audiobooks, skiing, training in Aikido, in which he earned a 3rd degree black belt, and spending quality time with his wife and three children. Feras received a Master of Engineering Management from the University of South Florida and a Bachelor of Science in Electrical Engineering from Tulsa University.
PrevPreviousOptimize Form Length with Input Analysis
NextGoogle Adwords Changing Gears With New Quality Score ImprovementsNext

The Fortune 1000 is still ramping up toward modern martech stacks. Find out how these leading organi...