Direct Overwritten by Any Other Previous Source

The SEO team for your soccer site, www.worldkick.com, has worked hard and achieved a #1 Google ranking for synthetic soccer balls. Sam clicks through from the SERP on January 1, 2015, loves the information on your site, and returns once every day for two weeks by entering www.worldckick.com directly into the browser address bar. At the end of the two weeks, he bookmarks your site, and returns daily through December 31, 2015.

Your SEO team will probably be happy to know that Google Analytics will attribute all 365 sessions to google/organic as source/medium. Although this aspect of Google Analytics may be a bit surprising at first, it’s quite logical. It’s more than fair to say that the visits after January 1 occurred because of the original organic clickthrough primarily, so it makes sense that the 364 sessions from January 2 onward are also considered google/organic, even though manual URL entry and bookmark access would both be recorded as (direct)/(none) if there were not another source/medium recorded in a previous visit.

If the source of a previous session was an organic, referral, or campaign clickthrough, that previous source will be recorded again instead of direct as the source for a returning session. This does not apply to an original organic visit only; any other traffic channel will overwrite direct as the source in a subsequent visit.

Any of the following channels will be reattributed for returning direct visits (and all have the same precedence relative to each other):

The following diagrams, based on a model developed by my colleague Allaedin Ezzedin, illustrate attribution precedence as represented in most Google Analytics reports.

The organic source of the original visit is recorded again for the two returning direct visits.

The direct visit is recorded as the more specific source of the most recent visit, which in this case is referral.

If Sam keeps his cookies but doesn’t return directly until July 2, he will have exceeded the default six-month campaign timeout, and the second visit would count as direct. If, on the other hand, Sam accessed the site organically on January 1 and directly on April 4, the July 2 direct visit would still count as organic, because the original organic source would have been renewed for another six months for Sam from April 4.

Within the six-month campaign timeout, a direct returning visit pulls in the source/medium of the previous visit. If the user deletes cookies, a direct returning visit is counted as direct visit from a new user. If the direct returning visit occurs after the campaign timeout, the source is counted as direct,
but Google Analtyics still recognizes the user as the same. As a feature of Google Universal Analytics, you can change the campaign timeout from within the property admin (instead of the tracking code) to whichever duration would be most suitable to your organization, but it is common to keep the default six-month timeout. The campaign timeout applies not only to campaigns per se but also to non-campaign sources and mediums, such as organic or referral.

The campaign timeout setting determines how long a returning direct visit
is recorded with a more specific source / medium from a previous visit. The Multi-Channel Funnel (MCF) reports are an important exception to channel precedence enforced in the other reports. In the MCF reports, direct traffic is represented the same way as any other traffic channel; that is, it is not overwritten as a source by a different source from a previous visit. In this way, the MCF reports can provide clearer insight into your visitors’ actual conversion journeys while still displaying the traffic source of the original visit (within the lookback window, which defaults to 30 days but which you can extend to 90 days in the reporting interface).

In the Multi-Channel Funnel reports, direct is not overwritten
by any other source from a previous session. Keep the Direct Channel for Actual Direct Traffic Only

Now that we’ve explored how Google Analytics attributes direct traffic in different reports, here’s something else to consider as a related best practice: use campaign parameters to help Google Analytics attribute your traffic more accurately. A great deal of your traffic (such as clickthroughs on inbound links within emails) may be inaccurately counted as direct if you’re not adding campaign parameters to your inbound links wherever applicable.

Keep your Direct channel as clean and lean as possible, understand how direct attribution works in different Google Analytics reports, use campaign parameters wherever they’re needed, and evaluate the performance of each traffic channel with confidence. 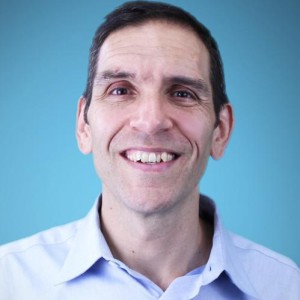 Director of Education & Technical Application As an educator and coach, Eric translates complexity into understandable ideas, real-world examples, and actionable next steps. He concretely supports and inspires individuals and organizations as they develop analytics skills and programs. Eric is coauthor of Google Analytics Breakthrough: From Zero to Business Impact and is grateful for the tremendous opportunities for lifelong learning and impact that digital analytics offers.
PrevPreviousUpcoming Webinar: Don’t trust your data? 10 common missteps uncovered in an analytics audit
NextGoogle Analytics Trash Can! Recover Your Deleted Account, View, or Property!Next

The Fortune 1000 is still ramping up toward modern martech stacks. Find out how these leading organi...