Brand Crisis or Not? Listen, Correlate, and Manage

It really sucks if you spend millions of dollars on an ad campaign and it backfires on you. This seems to be a common occurrence in Super Bowl ads. After Super Bowl 49, we saw how Volkswagen was criticized for their male-only representation of engineers. For Super Bowl 50, it was Quicken Loans’ turn to feel the heat.

Quicken Loans put a $100 million ad campaign behind Rocket Mortgage. The campaign’s TV commercial was published on January 27 on YouTube and quickly provoked some strong reactions, but the criticisms didn’t go viral until the commercial was aired during Sunday’s Super Bowl.

Brand managers have very powerful social listening tools at their fingertips to instantly assess their campaign performance, participate in the conversation, and react to crises in real-time. Now if you look at the data and slice it by sentiment, you’ll quickly realize the negative sentiment and criticism. 44% of the conversation refers to the irresponsible mortgage-lending practices that precipitated the long and deep recession that US economy suffered beginning in 2007. The Top Posts and Twitter report in ForSight illustrate some of the negative sentiment. The Top Retweets on ForSight’s Twitter dashboard were decidedly negative. If you zoom in on the topic wheel, you’ll start seeing trending themes such as Housing Bubble and Financial Apocalypse. You, as a brand manager, definitely don’t want this sort of negativity associated with your product launch, and definitely not long-term.

Topic Wheel shows a high incidence of negative terms such as the Housing Bubble and Financial Apocalypse. We can clearly see the sudden spike, but given how quickly the trend recovered in the following two days, we can also see that the crisis was short-lived.

Age breakdown indicated high volume in the 35+ age band: those who remember subprime lending and the ensuing financial crisis. It was interesting to note that 77% of those engaging in the conversation are 35 years old and above, who probably recall the 2008 financial crisis better than the younger folks.

Is the high volume of criticism from DC and New York State and their low debt-to-income ratio a coincidence? Above, we eliminated all conversation categories except the one related to criticism and fears and plotted it in geographical distribution of conversations map. At least the top showings in terms of posts per capita are amongst the nation’s lowest debt-to-income ratio by state/district. Coincidence?

Drilling down to street-level for geotagged posts containing Quicken loans.

As a related note, you can drill down to the street level on the Geotagged tab of the Geography report to view social references (Quicken Loans in the figure above) by a very specific location.

And a quick final note, we can’t know which social listening tools and strategies the Quicken team used to monitor social reaction during and after the Super Bowl, but it looks like the they stayed very engaged in the conversation. 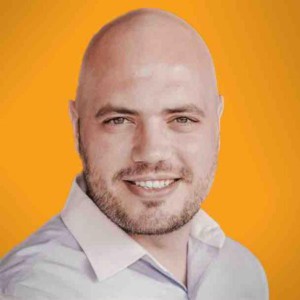