The most watched sporting event on earth generates millions of social mentions and millions of viral video views produced by individuals as well as major brands for marketing and advertising.

The #GER vs #ARG match set the all-time record for tweets per minute with 618,725 at the final whistle #WorldCupFinal pic.twitter.com/h4k97KPWUi

During the USA match against Belgium, for example, the US Goalkeeper, Tim Howard’s, name exploded all over the internet after his astonishing performance and his world record saves in the match. He was lauded greatly by his fans on different social networks and was even briefly named the U.S. Secretary of Defense on Wikipedia!

Neymar, the 22-year-old Brazilian striker with four crucial goals and successful pass rate, has been leading the World Cup social buzz as well. He is by far the most talked about player of the tournament with 33 million social mentions. He has 12.5M followers on Twitter and has been in the spotlight ever since his two goals scored in the first match, all the way until his last match in the tournament where he took a knock in the back from a Colombia defender, causing a fracture to his third lumbar vertebra.

To get the best of both worlds, detailed statistics were collected by the E-Nor consultants using Google Analytics (Universal Analytics) for every World Cup player, team and match, including:

Here is a sample of the matches report:

Here are few other snapshots of the data in action:

The aspect that fascinates me the most in soccer is a team attempting play as one complete system intending to score one goal.

Although this year’s World Cup winner, Germany, may have no internationally recognized stars, such as Neymar, Messi, and Ronaldo, I enjoyed watching all their games in the tournament. The beauty of their team work definitely overcame the absence of entertainment from an individual superstar, and ultimately led them to true victory. Congratulations to Germany, very well deserving champions indeed!

Here is how the top 8 teams performed:

Poor pitch conditions could easily hurt the playing style and the performance of teams. A well-maintained playing surface helps players with running and quick-passing. According to data gathered, teams had a hard time scoring on wet and dry pitches, while scoring was above average on soft pitches.

Here is the same report based on the temperature during the match. Do you see any correlation?

While the 36-year-old Ivory Coast striker, Didier Drogba, wasn’t directly involved in any goals, his presence was enough to energize his team and to worry the opponent’s defense! This is my response whenever someone criticizes the performance of players who pass the 35-year-old milestone. Maybe I am biased in my view, but that is why we need to look at data and what it says about players’ age and their performance. While this is the first time for us to record World Cup data in Google Analytics, it was impossible for us to enjoy looking at trending event or to predict based on historical data. With this humble experiment that we conducted for the 2014 World Cup, we are hoping that we left the doors of possibilities wide open for other smart people to build on top of this and provide data and soccer lovers a more comprehensive coverage of the World Cup data all in GA 🙂

It has been said that this World Cup will be the most social sporting event in history and it certainly was. All available data easily validates that assertion. World Cup data also provides major opportunities for brands and for marketing agencies. As you see in the experiment, Google’s Universal Analytics infrastructure can handle the marriage of the two worlds; offline and online activities. I believe with the new Google Analytics platform we will see many creative solutions built to answer real business needs that we failed or were unable to answer in the past.

Interested in our collected data? Send us your email address and we will grant you a temporary ready-only access to our 2014 World Cup GA reports. 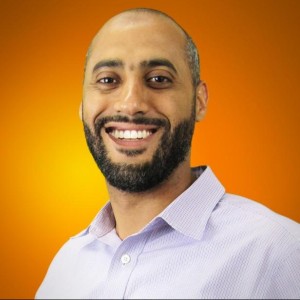