My high school English teacher advised us about writing essays, “you have to assume the reader is an intelligent alien”. This was meant to say that they are smart enough to figure things out but we have to assume that they don’t know anything. Basically, to write a good paper, make sure you lay everything out but at the same time respect the reader and don’t patronize them.

This type of thinking forces you to balance giving enough information to cover any holes in your work while preventing you from putting too much extra fat that may bore or frustrate the reader.

Replace the word “reader” with “user” in the previous sentence, and I think you have an excellent philosophy for usability.

The internet is the fastest and most convenient way of getting information. In the small amount of time it’s existed, we’ve realized that the easier a site is to use – well…the more people will use it. In turn, as surfers we’re spoiled like this and now come to expect that a website will get your job done quick and dirty. So as surfers, we are on the hunt – frantically scanning pages. If we have to think too much – there’s no penalty for hitting that back button and moving on to the next search engine search result on the list – in hopes that maybe this next site “dumbed it down” enough.

It’s safe to assume that the user that stumbles upon your page is thinking just that, and that’s why it’s important that your site is as “dumbed-down as” possible – so even a smart Martian could use it…

Continuing my reminiscing of high school (quick, someone pinch me with a 2 by 4 and get me out of this daydream nightmare), there were two mannerisms that I learned without being taught:

2) When you open a door, you have to go that extra inch to swing it all the way open as an etiquette to the random student who may be following behind you coming through the doorway. This eventually is a reflex for everyone and is done in all instances, regardless of who’s behind you. In fact, after awhile it was so automatic you didn’t even check if anyone was behind you, you just swung that door wide open.

What the heck does this have to do with usability?

Well, Sociology 101 – a bunch of people doing something and consistently repeating it means everyone will end up doing it (almost naturally). No one explicitly instructed me to do these things. I just picked it up by copy-catting everyone else.

This is an important concept to take advantage of in Usability – standard conventions – understanding what EVERYONE has been trained to do and are doing.

The new laptop you bought is easy to use because it works just like all the hundreds of other laptops you’ve seen/used recently. The ‘on’ button is this circle at the top of your keyboard, there are a bunch of pretty lights indicating different things, you have external volume buttons on the outside, usually on the front bumper of your laptop, etc. In the back of your computer, most average Joe’s now know that, for my audio speakers, I plug the green plug into the green socket.

None of these conventions are mandatory – your laptop manufacturer could’ve put your ‘on’ button on the bottom of the laptop or your speaker plug could have been the color ‘orange’ – but the convention everyone uses is what makes it “natural” and thus, easy for everyone to figure out.

So unless you plan to be a trendsetter (“I’m going to wear my underwear on the outside of my pants until everyone copy’s me!!!!” – let’s see how far that one goes Superman), a good bet is that your website design will be usable when it copies conventions that everyone’s used to doing.

A good place to start, then, for design inspiration is looking at the big dawg’s websites that everyone uses which have now defined common usability conventions. For example, if you are planning to create a site that will be displaying a huge amount of videos, you may want to look at the video big dawg (we’ll call him “TouYube”) and design your layout that way – i.e. video display at the top left of the page, search at the top middle, â€œrelated videosâ€ box on the right, etc. If you’re designing an email client or some sort of document creation user interface, the “compose”and “reply” are usually buttons at the top left. In your design, you may not want to have those as just hyper links in the top right corner then -use buttons and put them at the top left.

At this point, it’s unlikely you’d have to worry whether, “Hmmmmm…would the placement of these functions objectively be logical to the user?” They’ve already been trained to use this layout the millions of time they used the big dawg’s site. Your usability now has already been ingrained into the user’s skull by someone else.

If you insist on being original and innovative, at least consider the conventions big dawgs have defined, and make your site a combination of them or at least some sort of derivation based on them, as to still take advantage of the familiarity.

In conclusion, (large numbers of people) + (consistent repetition of an action) = a Social Standard. Take advantage of these standard conventions and apply common practices to the layouts of your website design. 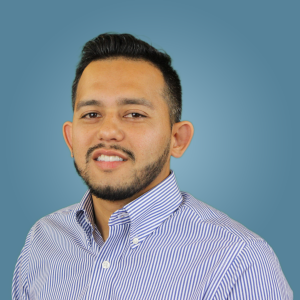 Sales Director An E-Norian for over a decade, having roles in Marketing, Creative Development, Design, Account Management, Content Development, and most recently, Sales and contracts. Farid graduated with a Bachelors of Sciences from the University of California, Berkeley, with a background in Computer Science and Sociology. Farid has a strong background in customer service and communication, paying strong attention and intuition to clients’ needs.
PrevPreviousEntrepreneurs – Success Golden Nuggets!
NextMake more money by knowing the tricks to success from the all mighty Google.Next