I’m always hesitant about using automatic features in Google, but automatic bidding for clicks is one I’ve had success with in the past. I decided to see what would happen if I removed the bid limit from our highest traffic campaign.

During the month of May I had a bid limit of $6.00 and we were doing pretty well, averaging in position 2 for the month. In June, I removed the bid limit to see if I could drive more clicks that would hopefully lead to more sales.

Here is the performance difference comparing May to June:

Below is what I learned from removing our CPC bid limit for one month.

Avg. position will increase (if you aren’t limited by budget). We were spending about half of our budget each day, so when I removed the bid limit we shot up to an average position of 1.0. If you have the money to spend, AdWords assumes you’ll get more clicks in higher positions. We were also suddenly spending about 95% of our set daily budget.

On the flip side, when I’ve used automatic CPC bidding on campaigns where daily budgets are being hit I typically see Avg. Pos. decrease as AdWords tries to get you more clicks for your budget.

Cost-per-click will go up. It’s not too much of a surprise that going from position 2 to 1 means an increase in CPC. I was surprised though at the amount of increase, an 85% increase in avg. CPC for the month. That seemed like a lot to me for a one position increase.

As I noted above, if you are already limited in your daily budget your CPC will likely go down as well as your position.

Total clicks will increase. You can’t tell from the monthly comparison above, but clicks did increase immediately. Unfortunately, the additional quantity did not lead to additional quality of clicks.

After seeing the jump in clicks that first week, I immediately went to the search terms report to see where the additional traffic was coming from and found that…

When I started this campaign, I added [google adwords] as a negative because I didn’t want to show ads to people just looking to log in. During all of the months of running this campaign, I never saw any variations of this term in my report.

In the first week of June however, the top impression search term was now ‘google ad words’ which of course is a misspelling so not blocked by the negative keyword I had in my campaign. In fact, I discovered a whole new plethora of  ‘google adwords’ variations triggering ads:

ROI will go down. This could be specific to our campaign, and maybe you’ll see something different, but we didn’t see any increase in return from additional traffic. We had the same amount of conversions and because we were spending money on clicks from irrelevant terms as well as paying more our keywords to be in higher positions, ROI went down for that month.

Overall, I would not recommend completely removing the CPC bid limit as the increase in bids didn’t lead to an increase in return. If you do want to try it however, here are some recommendations:

Restrict your match types. Don’t remove bid limit if you are running mostly broad terms or broad modified terms as AdWords will find many terms to match it to that might not be relevant, but will get you clicks.

Set your budget to the maximum you want to spend. Even though we weren’t coming close to hitting daily budgets before, with the bid limit removed we were spending almost twice as much a day. Make sure your daily budget is set at the absolute most you’ll be willing to spend.

Add any and all variations of current negative keywords to your campaign. Look at your list of negative keywords and add all the singular/plurals, stemmings, misspellings, and any other variations you can think of. Do this now so you don’t waste money on these terms later.

Add negative keywords weekly.  Look at your search term report often because even if you have a very mature campaign, like ours, you’ll find new negative terms to add into your campaign.

I’d be interested to hear about results from others who have tried removing the bid limit. Does it work well for exact match keywords? Were you able to improve ROI? Let me know in the comments below. 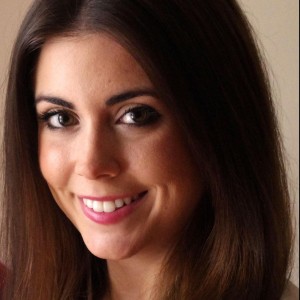