If you had the chance to listen in on J. Graeme Noseworthy’s recent webinar “From Hype To Reality: Targeting Success in Data Driven Marketing” for data-informed.com’s Big Data Academy, you know that IBM’s Strategic Messaging Director went well beyond the regular entry-level details about “how to use big data.”

Sure, during the hour that Noseworthy spoke, he touched on many of the insights that CMOs have either heard before or learned from experience. But though he spent the bulk of his time explaining the power that Big Data puts into CMOs’ hands, Noseworthy hit upon an important idea for wading into a Big Data project — one that I rarely hear articulated so well.

We’re often told — as Noseworthy himself suggested — to “Think big but start small, collaborate across the enterprise with the CTO and CIO for mutual success, and build upon small early successes.”

But a lot of CMO’s get stuck on the “what.” What should we be thinking about? And where should we start with a Big Data program?

He said Constant Contact realized that they were dealing with massive amounts of data and that there was, potentially, a lot that they could do with the customer campaign and consumer data they were generating. They said to themselves, “We need to find a starting point, a question we can ask that we cannot answer now, but that we could with the help of a consolidated platform and analytics.”

The question Constant Contact came up with was deceptively simple: “What is the right time to send an email?”

Before embarking on the their data analysis strategy, Constant Contact was able to gauge the performance of about 100,000 emails at a time. After they put their new technology and processes into place, they were able to see how 36 billion emails performed in near real-time.

“Constant Contact was able to tell their customers ‘Here’s the right time to send your email.’ They created a currency of relevance they could pass down to their customers which created a higher customer retention rate, a higher performance rate on campaigns and created a win-win-win where they were able to delight their customers and get better ROI on their campaigns.”

But coming up with that big idea is not only about “creating downstream value,” Noseworthy said, “though it’s a good place to start. You don’t just sit down and rack your brains for that question, for ‘What’s our version of trying to learn the best time to send email?’

It’s really about ‘What do we want to do that we’ve never been able to do before?’ And it’s not just about running reports faster. I mean if you find yourself doing things faster, or making slight improvements, great. But you should push yourselves to ask questions such as ‘What is our biggest challenge around?’ ‘What’s standing in the way of acquiring, growing and retaining more customers?’ ‘Where are we doing things we want to scale, where could we be doing more — or where are we doing nothing at all because we simply can’t right now?'”

Noseworthy closed his session with the suggestion that CMOs look for inspiration in the success of others by looking at other organizations’ Big Data case studies (an IBM list is here).

We think that’s a great idea, too, and invite you to take a look at Cardinal Path’s case studies here. And if you have other thoughts for finding inspiration for your own Big Data “big idea,” please share them in the comments below. 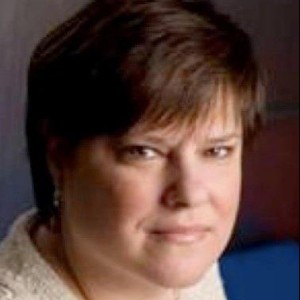