Cardinal Path, a Google Analytics Certified Partner, has been working with Darcy Foster, President of Natural Wellbeing, to help them instrument and get insight into their digital data. Recently, Cardinal Path has been working to advise Natural Wellbeing on how they could gain more insight into their online marketing efforts by importing PPC cost data from sources such as; Bing adCenter, Facebook, and LinkedIn, among others, into Google Analytics using Next Analytics v5 and the new cost data import function in Google Analytics.

Natural Wellbeing uses a mix of different channels to create awareness and drive conversions for their store, quantifiable and effective, but without the possibility to analyze all their paid advertising data sources in one analytics tool to better understand the ROI of the different channels.

Previous ROI analysis had to be done manually, and involved running reports from multiple vendors, including Bing adCenter, Facebook, and AdWords among others, and then bringing the data into an Excel spreadsheet.

One of the challenges that Natural Wellbeing encountered, was that the data sets downloaded from these vendors weren’t useful on the initial load. They, therefore had to clean the data sets by filtering and normalizing the data, removing extraneous text in the exported files, and generally converting them into a common terminology before they could be used for analysis.

The process of importing this data into a spreadsheet by hand, previously required resources that Natural Wellbeing would much rather like to invest in doing analysis on the data. Dealing with the manual process turned out to be a time consuming and error-prone process that introduced a certain level of corporate risk from being dependant on the skills and knowledge of a single employee. All of these factors translated to high cost, delays, and the potential risk of making poor decisions due to a spreadsheet or human error.

The solution: Leveraging the power of the Management API (using Next Analytics v5)

With the cost source upload function for Next Analytics v5, Natural Wellbeing has now been able to essentially eliminate the previously time consuming process of doing paid advertising data analysis in Excel. They no longer have to manually export data into a custom Excel spreadsheet, since Next Analytics leverages the power of the new Google Analytics cost data import feature, which allows data that’s been exported from other vendors to be uploaded directly into Google Analytics through the Management API.

In terms of efficiency, Natural Wellbeing has only had to export a single data file from each service. Being able to download a single file has been a big time saver compared to previously, where they had to work with separate files for each day of the reporting period. One of the benefits they have gained from using Next Analytics v5, is that it automatically senses the date column in the exported data and uploads each day’s data, day by day, according to the needs of the Google Analytics Data Upload feature.

Power Query Features in Next Analytics v5
The ability to customize and automate business rules that filter and modify the raw data before it is uploaded to Google Analytics, has been a key component for Natural Wellbeing. They have used this to remove records that had zero clicks, or not enough impressions. This has been done to remove any “noise” or outliers from the upload so ensuing dashboards look cleaner and are more useful.

For Natural Wellbeing, hours of tedious spreadsheet work has been reduced to minutes, for each reporting cycle.  That time is now being used on analyzing the data and making informed business recommendations and decisions. The business risk has also been significantly reduced since the business rules and workflow are automated and auditable.

Outcome of using Next Analytics v5 with Google Analytics

Importing cost source data into Google Analytics has increased the efficiency of optimizing paid channels like Bing and Facebook, thereby streamlining the process. Natural Wellbeing now uses a set of custom reports and dashboards in Google Analytics, to quickly find keywords (Bing) that doesn’t contribute to a positive ROI.

Working with Cardinal Path on analyzing the data, the initial analysis showed that the orders they were getting from their Facebook campaigns, were costing  them almost twice as much as other paid channels like Bing and AdWords. With the cost data for the different vendors in Google Analytics, Natural Wellbeing was easily able to break down the ROI based on the different campaigns, ad groups and even keywords for sources like Bing. Providing them with valuable information that is then used to optimize the campaigns.

Cardinal Path is now working with Natural Wellbeing on performing numerous other analysis scenarios developed from the new data sets.
“Most of our Bing/Facebook advertising decisions were made strictly based on a conversion pixel and CPA. We really didn’t have the resources or the energy to continue to pull data and work it backward for detailed analysis. Now that we can import raw data into Google Analytics using Next Analytics v5, we can quickly and easily look for insights – just as we do with Adwords” 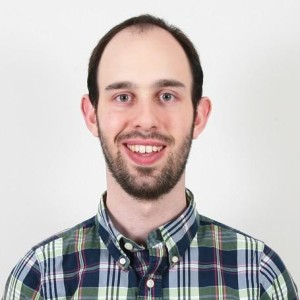