Reading Time: 3 minutes Now we’re putting the NDP in the hotseat in Part 3 of our Election Website Showdown. Read on and find out how they did.

This series of blog posts will look at each of the major parties’ websites in detail, picking apart their web analytics strategies, design and code. We’ll be going over one website per week, so keep checking our website or subscribe to our Twitter feed to be notified about updates to this series of posts. It’s high noon, folks. Harper, Ignatieff, Layton, May – turn around, then walk straight ahead twelve paces. This here’s a showdown! This week, we take a close look at the campaign website of…

Google Analytics Performance The NDP have a sophisticated setup, with separate tracking profile IDs for each of the English (-1) and French (-2) versions of the site, as well as another profile ID that is present on all pages (-3) for overall site tracking. The version of the Google Analytics tracking code used by the NDP is the current asynchronous version, and is correctly placed in the tag according to best practices. The code is properly formed and is not needlessly duplicated. Advanced Google Analytics cross-domain tracking features are being used on the overall site account (-3) in order to track visits across separate domains (_setAllowLinker and _setDomainName). Correctly, these same features are not being used on the single-version tracking codes (-1 and -2). Like the Liberal site before it, we were unable to tell whether the NDP were using the E-commerce tracking functions of Google Analytics without making a donation (which we did not do). Design Performance The NDP website, when a visitor first arrives, presents an introductory splash page giving visitors ways to stay in touch and receive future campaign updates. Unfortunately, these are not encouraged with strong calls to action, and could potentially represent a missed opportunity. It would be interesting to set up a funnel to see how many people made it past the splash page and onto the actual site, as none of the other parties are using intermediary splash pages as gateways to the full site. Thankfully, the NDP site appears to set cookies or use some other mechanism to record whether or not a particular visitor has already viewed the splash page, and dispenses with it on return visits. The green “donate now” button among mostly grey and orange design elements provides the NDP with a quickly noticed and simple call to action to support one of the most important elements of a political party’s election campaign: the war chest. Other calls to action on the page, such as “Read the Platform”, “Meet Your Candidate”, “Watch the Video” and “Get Involved”, are short but compelling, and are easily spotted as these elements, orange buttons with white text, are placed above a grey background. The main navigation, however, is not structured to compel visitors, reducing itself to single-word descriptions of destinations such as “Home”, “Jack Layton”, “Party”, “Platform”, “News”, etc. While many of these functions are replicated elsewhere with suitable calls to action, it would have been nice to see the strategy carried into the main navigation, as the Liberals had done, even if it meant reducing the total number of options in the navigation bar. Social media elements just barely make it onto the page above the fold, with only the Twitter widget’s title bar visible. This is enough to show the visitor where they can access NDP’s social media presences, but not enough to facilitate easier access. It would have been much better if social media link icons were placed in the title banner, to the right of Jack Layton’s image. This would have made them more noticeable and might have increased engagement with the NDP by prospective voters. Code Integrity The W3C HTML Validator reported 22 errors when the page was validated according to the version declared in the tag (XHTML 1.0 Strict). When re-evaluated as HTML5, the errors were reduced to a count of 6 with 2 warnings, suggesting that many of the previous errors were in fact the result of using more advanced code despite using an archaic DOCTYPE declaration. The NDP website had 26 CSS errors as reported by the W3C CSS Validator when evaluated for compatibility with CSS 2.1. While a few of these errors were connected to the use of more advanced CSS 3 properties, the majority of them seem to indicate a somewhat sloppy treatment of page styling in some areas. We must, however, bear in mind that the NDP site does have five times fewer errors than each of the Conservative and Liberal sites. The Final Verdict
B
While the Google Analytics implementation, website design and code practices were very competently enacted, and some more sophisticated analytics tracking strategy was employed in the form of separate profiles for English and French versions of the site, the NDP lose some points for low visibility of social media links and inconsistent calls to action. In the next, and final, entry in the Election Website Showdown we’ll round things up with a look at the oft-forgotten … 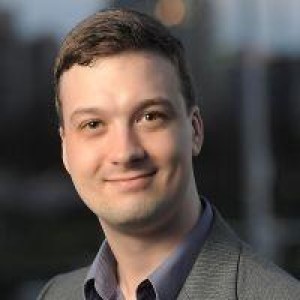 Jordan Louis is a Research Coordinator at Cardinal Path. Jordan splits his time between checking prospective and actual clients' Google Analytics implementations for potential issues, and staring long and hard into analytics data until some insights start staring back. He's also been known to occasionally come up with Rube Goldberg-esque custom tracking code in JavaScript, jQuery and sometimes PHP. Jordan also builds dashboards for clients in either Next Analytics or Shufflepoint, as well as Voice of Visitor surveys with FluidSurveys. Jordan lives with his wife, cat, and dachshund in the dreary capital of Canada, Ottawa. He joined Cardinal Path as part of PublicInsite. Jordan likes cashews and bacon, but not simultaneously. Yet.
PrevPreviousStéphane Hamel joins Cardinal Path
NextPress release – Stéphane Hamel joins Cardinal PathNext