Loss Aversion: The Shortsightedness of “Playing Not to Lose”

Imagine you’re at the supermarket, about to buy your favorite brand of peanut butter. If you see that the price has dropped, you’re mildly pleased. But if you see the price has increased by the same amount, you get that awful sinking feeling. Disappointed, you put it back on the shelf and go without.

But it’s not just the potential loss of money that we overreact to. It can be the loss of time, prestige… or a game of football.

The best explanation of loss aversion I’ve ever read appears the book, Sway: The Irresistible Pull of Irrational Behavior. Authors Ori and Rom Brafman give some great examples of how loss aversion can lead us to make the most irrational, self-defeating decisions. Below are two real-world examples from Sway:

1.  A pilot’s obsession with getting back on schedule

In the 1970’s, Captain Jacob van Zanten was KLM’s most esteemed pilot. He was their chief flight instructor and even appeared in KLM advertising.

On a flight to the Canary Islands in March of 1977, van Zanten’s 747 was diverted to a smaller, nearby airport. After several frustrating delays, van Zanten — driven by an obsession to get back on schedule — started to take off in thick fog without full takeoff clearance. What he didn’t know was that a fully loaded Pan Am 747 was sitting on the runway, directly in his path.

The KLM jumbo smashed into the Pam Am plane. Everyone on board the KLM flight was killed, as were most of those on the Pan Am flight. There were 584 fatalities – the worst air disaster ever. And it was caused mainly by the KLM pilot’s obsession with living up to KLM’s claim of being “the people who made punctuality possible”. In other words, avoiding a loss.

When Steve Spurrier took over as coach for the University of Florida Gators in 1990, he spotted a weakness in his opponents’ strategy. The other teams in his conference all played very conservative, defensive games. In other words, they were playing not to lose.

Spurrier exploited his opponents’ obsession over avoiding losses. He had his team take some chances, pass more often, play more aggressively, and try to score. The strategy was a huge success and it illustrates the opportunities that exist when we recognize irrational behavior for what it is.

You’d think the opposing coaches, seeing what was happening, would have changed strategy and played more aggressively. But they simply couldn’t. They had become so committed to the goal of avoiding a loss that for years they continued their losing strategy.

There’s a valuable lesson in Spurrier’s insight about playing to win. For example, we might ask ourselves whether it’s wise to buy into the “software must be free” mentality. Of course, when free software truly is as good as paid versions, there’s no issue.

But when that “free” software is buggy, clunky or difficult to use, it reduces employee productivity and in the long run costs more money. We should be careful what we obsess over.

Similarly, I think we sometimes go too far with the restrictions we set on employees’ freedom to share files and visit websites. Naturally, we don’t want employees wasting their days on Facebook or downloading potentially dangerous files.

But when we go overboard and set absurdly stringent limitations — when employees can’t even share a PDF without begging special permission from the IT guy — we make it harder for employees to do their jobs. It’s an expensive waste of time. It’s shortsighted. It’s playing not to lose, when we should really be playing to win.

For more on Loss Aversion, sign up for my July 28 Webinar. 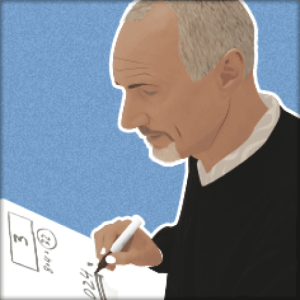 PrevPreviousSetting Up Your Own Vanity Short Links with Bit.ly Pro
NextRUGA Extras: The RUGA Cheat SheetNext