Google+: Can All Google’s Technology Beat Facebook At Its Own Game?

Yesterday Google Rolled out the beta of their social media competitor: Google+. Google has proclaimed that this is not an experiment, but a full fledged Google project which they are putting all of their weight behind. Their effort shows, as Google+ is one of the most polished web applications I’ve yet to use. The interface is wonderfully minimalistic, it functions almost as well as a native application, and it has spectacular interactions, and implements a host of cool new technologies.

Google+ and Facebook are interesting juxtapositions. Starting as a way for students to post about their lives online, Facebook has filled out services in the hopes of becoming a central point for everything you do online. Google has already built out that same infrastructure as separate services, and Google+ is the way to draw these all together. However, is it enough to take over Facebook’s place as the social media king? Not yet.

One can’t talk about Google+ without first talking about circles. Circles are a way of sorting your Google contacts into groups. Each circle can then have nearly any Google functions associated with it. In essence this is a visual aid for creating contact groups. My only complaint is the use of predefined groups, instead of taking them from your Google Contacts.

Chat is implemented in much the same way as it is in Gmail, with your contacts listed on the left, and the chat pop up in the right hand corner. However, circles has been implemented, allowing you to enable chat with only specific groups of people. This all runs through the Google Talk plugin, so group chat, videochat, and more is still available. Unfortunately there still isnt any proper segmentation of the chat interface to distinguish between two circles who may be enabled.

Also implemented is a topic called “sparks” which provide quick links to aggregate information about your interests. In essence, this is Google Blog Search: you cite a keyword, and it aggregates posts on that subject. To be honest, I don’t like this feature at all. It lacks the ability to customize each sparks feed, leaving lots of useless information. Perhaps it tracks what you click and customizes what it shows, but without any visual feedback to denote such, it seems unusually dumb.

The Stream should be familiar to anyone who uses Facebook. It’s essentially a sharing feature for photos, videos, and links. It is nearly identical, though it implements some things differently. For instance, instead of auto linking names of your contacts, you use an @ symbol to denote a contact.

Hangouts make me feel like I’m in the future. They are entirely web based ‘circle’ video/audio/text chats, and sharing Youtube videos. There are some really neat features here, for instance, starting a hangout will automatically lessen the volume of other sounds playing in the background (try playing some tunes on Grooveshark then go into a hangout).

Photo’s are incredible. The layout is fantastic, borrowing heavily from Bing image search, with each image enlarging as you mouse over them, however the real treat comes when you click on one.

Full screened, you can use your scroll wheel to move through your photos, which all load nearly instantly. If you click the ‘actions’ button you get a slew of options including detail pane which gives you an incredibly ammount of data, including the white balance, camera, exposure, apature, focal length and ISO speed. Even cooler, edit photo lets you apply filters to your images. For instance, perhaps this one looks better with a cross process filter?

Your profile is essentially your Google Profile, and comes pre-populated with its details. It lists your posts, details, photos, videos and your “+1s”

And this brings us to the +1’s. This is essentially a Facebook ‘like’, and is an integration, I believe, of Google Buzz (in my profile it says “+1’s”, but in my friends it says “Buzz”). However, unlike Facebook this is designed to integrate seemlessly into Google Analytics, allowing you to track your page’s like activity with minimal fuss. I’m sure we’ll write more about this in the future.

All of this is notified in the upper right hand corner of your new “google bar” on every Google page. The function is fantastic too, clicking on a notification doesnt take you away from what you’re reading, instead it displays the notification within the notification pane.

All in all, Google+ does a lot, and it does it incredibly elegantly.

Is Google+ going to replace my Facebook usage? Not yet. It still lacks several key features which keep me with Facebook. For instance:

I would say that 90% of my time on Facebook is spent interacting with groups. Groups get their own semi-permanent chat, their own walls, their own events. While the model of the wall is “hey pay attention to me” the model of groups is “interact wit ha community”. This is a function badly needed, and one which could integrate surprisingly well with Google Groups, and then integrate into the right hand bar of Google+.

That other 10%? That’s events. Given Google Calendar, you would think that this would be another nobrainer. Allow circle or group based events which tie into your Google Calendar.

One thing which Facebook has really gotten right is the sense of community. With interlinking relations, a massive user base, and a host of “interests” making you feel like you have something in common with others, Facebook builds a stronger sense of community.

Google + is an incredibly polished, masterfully designed web app combining a decade of Google technology into a single portal into the online interactions of your contacts, yet it feels less community driven, and lacks several key features of Facebook which, I think, will keep it from taking over. While it is a wonderful production, Facebook’s community and fan building featuresets still give it an edge which I don’t see Google being able to topple with the current features alone. However, it’s worth noting that Google+ is still in beta, and as it matures perhaps they can meet, and exceed, the community structure created by Facebook. 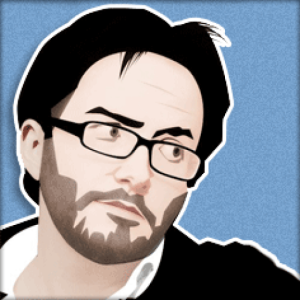 Some have compared him to the Dalai Lama, others to Kublai Kahn. When he isn't teaching third world children how to purify water with nothing more than a plastic bottle and a garden hose, he is creating mad waves for surfers off the west coast with little more than a paddle. Some say there is a boat involved, others that he walks on water. Little is known about his background. he appeared from nowhere 15 years ago and claims heritage from a land with neither want not need. He makes little comment, stating only that it was a pretty cool place. Fire does not burn him, cold does not hurt him. Words could... but they don't. When he passes, pedals fall off branches. When he speaks, hair tugs at skin, pulling just slightly in his direction. He does not sleep but he does dream. He has muscled his way into the lives of the famous and whispered his way into their hearts. And in the wee hours he plays oboe softly, as if to sooth the night to sleep.
PrevPreviousGoogle Analytics Gets +1 Button Integration, New Social Reports
NextLinkwheels, Growing Lists, Good Metrics, and the UX of Videogames – The Monday July 4th RoundupNext

Are you tapping into all of the features available for Display Campaigns in Google Ads? Join us for ...