The math behind web analytics: control limits, histograms and objectives

In the third installment of this series, we will leverage Excel to continue where we left with Google Analytics.

Note: for sake of simplicity and ease of learning I’m using visits to my blog between January and March; the same concepts applies to any metrics. We voluntarily ignore seasonality and external factors. Real-life scenarios can be much more complex – but bare with me, we’ll cover that in a later post.

When do you know if you are “over-performing” or “under-performing”? How do you determine which target to aim for? Setting objectives isn’t easy, setting good, achievable and realistic ones is even harder – probably one of the many reason why some people say web analytics is hard. To quote Jim Sterne, “how you measure success depends how you define success”. Success isn’t a metric. Success is the achievement of an intended, specific, measurable, attainable, relevant and time-targeted objective [wikipedia].

In the context of this series, the “measurable” and “attainable” attributes of a SMART objective are of interest – and control limits can help us.

Once charted in Excel, the data looks like this, with a clear weekday/weekends cycle and some high/lows: This graph shows the visits by day (with major gridlines on Saturdays), the average (in red), the trend (dotted blue), min & max values, as well as a shaded area representing +/- 1.5 x Standard Deviation. Basically, our upper and lower control limits [wikipedia].

Learning point: Control limits are used to detect data that indicate a process is not in control and therefore not operating predictably. Ultimately, we want to be able to predict that an increase of X% in our visits will result in a positive impact of Y% of our success metric.

Linear equation: Remember the linear equation y = mx+b? [wikipedia] Based on the current trend, I could forecast the expected number of visits in the future. That is, if there is no real seasonality or external factors, I have a natural progression – therefore, if I want to over-perform, I need to do better than y = mx + b. How much bettter? We’ll see. (we keep things simple at this time, in real life it’s not always that simple!)

Six Sigma: Generally, when we have perfectly normalized distribution of our data [wikipedia], a controlled and highly predictable process, we would aim for +/- 3 standard deviations (represented by the “sigma” sign) – thus, Six Sigma [wikipedia]. This would represent 99.99966% of our data set… or less than 3.4 abnormal values (also called “outliers”) [wikipedia] per million data points! In our digital analytics world, because we’re not looking at controlled processes in a manufacturing environment, and because we’re not looking at perfectly normalized data of a standardized process, the six sigma rule doesn’t readily apply. However, I’ve found +/- 1.5 to be a pretty good starting point. The number you’ll want to use depends on fluctuations of data and how much control and predictability of that metric.

You could rightly point out that using control limits and the +/- minus method is innapropriate because of a) our data is rarely normalized and b) it doesn’t account for the trend (i.e. in the 1st chart, notice min on the left and max near the right, a classic pattern when our data is trending upward).

Why isn’t this data normalized? Can it be?

In the attached spreadsheet you will see a tab called “Histogram”. An histogram is a visual representation of the distribution of data [wikipedia]. The default histogram for our sample data clearly isn’t normalized. Segmenting, slicing & dicing the data is an essential skill of the web analyst.

Let’s make the hypothesis that weekdays traffic is significantly different than weekends – an easy assumption to make based on the look of our 1st graph. Once we clear the values for weekends in our sample data, we end up with this: Of course, segmenting weekdays & weekends changes our basic stats, control limits and the linear equation – as shown above.

Setting a measurable and atteainable objectives

Now we have it! If my objective was to significantly increase the volume of traffic to my blog I would aim to increase it beyond 443 visits/day  – my Upper Control Limit (UCL) for weekdays. Too often, analysts will simply use the average plus an arbitrary value to set the target. Through this simple analysis, I know why I might need to segment my data into weekdays and weekends – especially if analyzing at the day level. This objective is both measurable and atteainable.

As far back as the 1920s statisticians looked for some rules to ease decision for detecting out of control or non-random conditions on control charts. Two interesting set of rules are the Western Electric [wikipedia] and the Nelson [wikipedia] rules. From those, we can derive some general guidelines about what we should investigate:
With simple Excel charting and some guidelines, we know where we should deepen our analytics.

Try bringing some of your own data into the Excel worksheet – conversion rates, revenues, goals; and more than three months – and see what happens. I would love to hear from your discoveries!

As mentionned in the intro, I didn’t consider trending and seasonality factors in order to ease the learning and keep this post shorter… we’ll cover that with the help of moving averages and further analysis. Also, although nifty spinning 3D-graphs are impressive, box plots elegant simplicity are a powerful and under-used visualization tool! 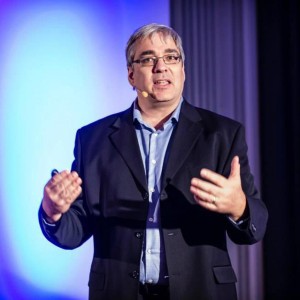